Packages have been arriving all week, most of them addressed to Bambina Verastiqui, the placeholder name we’ve given to our daughter. Each box we bring in from the doorstep is a reminder that we are wholly unprepared to bring an infant into this house. And it’s not just the easy stuff like decorating her room or building her crib; we really have no idea what it’s going to be like with a newborn and a four-year-old in the house at the same time. With less than two months to go, I wouldn’t say we’re starting to panic, but we definitely aren’t at ease, which is a shame.

I get the feeling we should be kicking back and enjoying these last couple months of pregnancy (which is easy for me to say, as the one without a baby growing in my stomach). Instead, we chose the absolute worst time to be in the third trimester–the holiday season. Time seems to move faster in the last three months of the year, and now we find ourselves with less than two months to go before our lives get turned upside down in the most wonderful way.

I spent the early part of this week painting Bambina’s / Rainbow’s room. It took a couple days, even though I was only doing three of the four walls. There’s something about the way this house was built that makes painting a huge chore. Somehow the color always seems to bleed into the ceiling, no matter how careful I am. So I end up on a ladder with a tiny paint brush touching up the bleeds. Not that I’m complaining.

Dom and I share a trait where we like to get things done, though for different reasons. Dom likes to feel like she’s moving forward, accomplishing goals. I like to feel like I’m taking things off my plate so I can relax. If there’s something that needs doing, and I’m not presently doing it, it causes me anxiety. So imagine how I feel every time I pop my head into Rainbow’s room and see an empty husk of a nursery. It’s hard to relax with all of this work hanging over my head.

That’s mostly why I’m not writing at the moment. I want to. I know what I want to write about, but at the end of each day, I’m just too tired. Matador has developed a habit of coming to get me in the middle of the night to come sleep with him. And if I dare leave him and go back to my room, he’ll come get me again. I tell myself I’ll miss this when he’s older, but I could really use some sleep.

I’m looking forward to finishing the nursery. I think building a room for someone makes everything more real. We’ve been so cautiously optimistic about having another child for so many years that it’s hard to believe it’s happening sometimes. At least, for me it is.

I look ahead and see tasks that have to be completed: painting, building the accent wall, the crib, the dresser, Thanksgiving, Christmas, date nights, cleaning, and on and on. Everything is a task to me.

I don’t see her as something I want to take off my plate. Last night, we got to Zoom with friends of ours who have a two-month-old, and I found myself saying you don’t put your life on hold for children, you integrate them into your life. And I believe that. I can’t wait to have a little girl running around this house getting into trouble, and later, sassing me like her brother. We were extremely lucky to have Matador, and Rainbow even more so. All of us finally being together is what I look forward to most.

Less that two months to go.

We should probably pick a name. 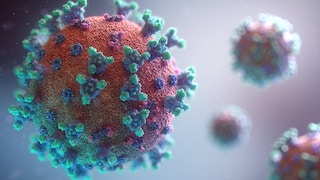 By Daniel Verastiqui November 19, 2021
Add comment
Notes From The Author