Very few people will buy a book simply because it’s 99 cents. At least, that’s what I scream at my phone every time I see someone on Twitter post a link to their specially priced book. The price point is attractive to most people, but you have to give them a little more. At night, when I drink and pore over sales and marketing blogs, I often come across the phrase demonstrate value. In writing, we call this hooking the reader, but when it comes to marketing, we have to give the buyer a reason to purchase. I can do better than that. I’ll give you FIVE.

DISCLAIMER: Before we go any further, please note that I know very little to absolutely nothing about marketing books. Reading this post will likely make you dumber and ineligible to own a firearm anywhere except Texas.

1. I Want Your Money

I can think of no more pressing reason to purchase Vise Manor other than the fact that you have money and I want it. Now, I don’t want all of your money. In fact, I want very little of it. I want “the lowest amount of money that Amazon will allow me to sell a Kindle book without giving it away for free” from you.

You see, even before I knew I wanted to be Natalie Portman’s semi-famous author husband, I loved money. Money buys things like soda, candy, video games, and happiness. The more money I have, the more I can spend on things I want.

Did you know? There are over 7.7 billion people on Earth. And if every single one of them preordered Vise Manor, that would provide me with 2.3 billion dollars! Think of the things I could buy with that money. Go ahead, think of them.

2. It Supports The Arts

Specifically, my arts. I’ll admit, sometimes it’s hard to consider writing a scene about robotic octopus hookers an artform, but I figure out a way to do it anyhow. You can to believe you’re making art when you sit down to write books because the alternative is that you’re insane.

And really, you should support the arts. My son drew a flower for his grandmother all on his own and you would have thought he was the next Banksy with the amount of praise his mother and I heaped on him.

So basically, you should think of me as your four-year-old son who has just written a novel all on his own. It doesn’t matter if the story is coherent or not, or whether it stays in the lines, or uses the right colors, or is to scale, or looks like a flower at all… the point is that you support and encourage because I’m at a very impressionable age right now, and I need your approval.

3. It Makes Me Not Depressed

I know it’s not your job to make me happy (you’re not sugar, after all), but by preordering Vise Manor today, you wouldn’t be making me any more depressed than I already am. Consider this: if a day goes by in which I don’t sell a book or get some Kindle Unlimited reads, I grab my shovel and dig a little bit deeper into my pit of despair. When I do get a sale, I don’t reach for the shovel that day.

Simple as that. By doing nothing, you are ensuring that I end my nights in my closet with a bottle of Kraken Rum and my Tori Amos CDs. Hair is gray and the fires are burning, so many dreams on the shelf indeed. And that’s no way to live.

The closet is for changing clothes and hiding from your wife during spring cleaning. It’s no place for a wet bar and your twenty-year-old Discman.

4. It Helps Me Sell To More People

Here’s where I really step out of my depth. For the last ten years, I have been under the assumption that having a large amount of preorders helps your book on its official release day. As in, if half the population preordered Vise Manor between now and March 1, 2022, then on March 1, the daily total sales for the book would be 3,850,000. That should be enough to get it into the Top 100 in Science Fiction (assuming there’s no Ready Player Three released that day).

Now, I could be totally wrong, but if the dumbs on Facebook can believe that COVID is a hoax, then I can believe in this. I mean, it kinda makes sense right?

Sales Rank is important to me because Amazon is the only place where I advertise. I throw wayyyy too much money at Amazon Advertising, and if it weren’t so damn effective, I would quit right now. But, much like a piano with only one working key, it doesn’t scale. Eventually, the books have to sell themselves a little, and creeping into the Top 100 lists is a great way to do that. I hear.

Probably least important in the grand scheme of things: it’s a fun story. I know because I wrote it, and I only write stories that are fun to me. Trapping a bunch of wealthy elites in a sprawling manor in the dark with dead-eyed synthetics prowling the shadows just sounds like a good time. “One by one their secrets are revealed, and one by one they die” and all that goodness.

As a reader, I always like to be one step ahead of where the author of a book wants me to be. They’re teasing out revelations, but I’ve already guessed them. Sometimes I win, but most of the time, the author gets me with the twist. Vise Manor is your opportunity to see if you’re smarter than me and have lots of fun doing it.

Spoiler: You’re smarter than me, but at least you’ll be entertained.

My books are usually priced at $4.99 for the Kindle version, so this really is a chance to get it cheaper. If you end up reading the whole thing and enjoy it, then it’ll be the most value you’ve gotten out of a buck since you dropped four quarters in NBA Jam at the arcade.

So what are you waiting for? Preorder Vise Manor today! While you wait, I have plenty of other books for you to check out.

And lastly… may I just say… 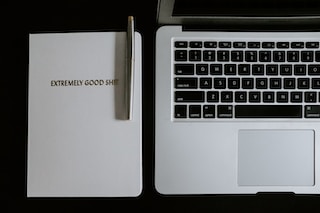 By Daniel Verastiqui October 11, 2021
Add comment
Notes From The Author