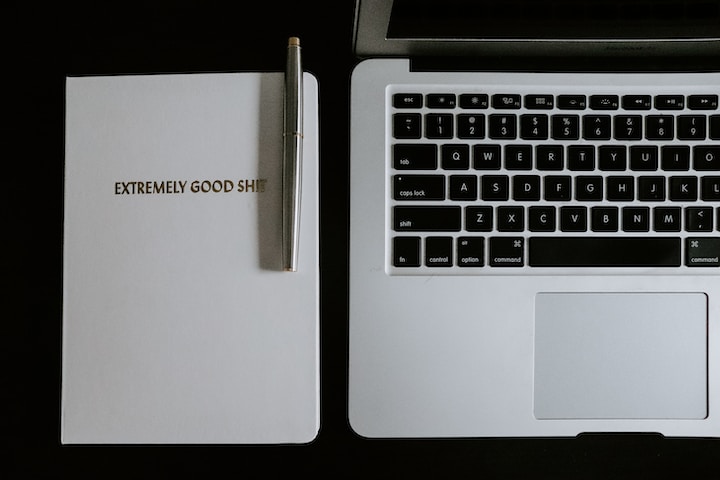 Maybe I’m just arrogant and handsome, but I don’t think my first draft is shitty. My first draft is awesome, and I bet yours is too, which is why I’m really starting to hate how often your first draft will be shitty is being thrown around as an accepted maxim or worse, as a piece of writing advice. I understand how we got here–if you put a first draft and a final product side-by-side, you’ll definitely see a difference in quality–but I think the true intent of the statement is being lost to shock value. You suck. Your first draft sucks. Accept how much you suck. Give me a break.

Who knows how these things get started. Maybe a burgeoning writer somewhere was lamenting to a friend: I write and write, but everything I produce is so terrible, I don’t want to go on. To which the supportive friend replies: Don’t worry if it’s terrible. The first draft is supposed to be terrible. Just keep going; it’s easier to edit crap than a blank page. Thing is, this supportive friend knows a lot of people, and soon everyone and their mother is coming to them for advice.

Finally, years later, the supportive friend has whittled his response down to: your first draft is supposed to be shitty. And then he puts on his Aviator sunglasses, lights a cigarette, and rides off into the sunset on a burro.

It’s understandable. He’s tired of answering the same question over and over again. It’s easier just to say something pithy. Something short.

In fact, I’d wager it’s the most fun I have when writing a book. Everything that comes after the first draft–the rewriting, the revisions, the editing, the proofing, the marketing, the begging people for reviews–is actual work compared to opening up Novlr or Scrivener or Word and just writing whatever the hell you want to write. There’s a freedom to the first draft that you won’t find anywhere else in the process.

At the root of the problem is a flawed comparison between the first draft and the final product. Perhaps a better thing to say is you’re not writing the final product. You’re allowed to have typos and continuity errors and plot holes so big you could fly a dirigible through them. Imagine saying that to someone. Imagine using the word dirigible in a sentence in 2021.

If a writer considers their first draft shitty (or if someone has told them to see it that way), then they’re judging it against the wrong set of standards. The very fact they judge it at all is a mistake (IMHO, as all claims in this post are). The first draft is no time to be judging anything. It is a time of freedom, of exploration, and of opening every door in the sprawling mansion of creativity (what?!) to see if there’s anything interesting behind it.

There should be no preconception about quality when sitting down to write a first draft and no worry about what others might say about it. The first draft is for you, and often, you alone. If you keep it private, then you have nothing to fear, and that is how you should always write.

Subaru What I Do

As you may be able to tell, I love a first draft. It’s wild. It’s out there. It’s uncoordinated flailing about in a dark room and often fueled by Kraken rum and pizza rolls. It is, in a word, wonderful. You can do anything in a first draft:

There are so many times when I hit the middle of a chapter and say: I could really use X, Y, Z at this point, so here they are. Sure, someone will have to go back and add those references earlier in the story, but that’s a future problem, and you’re living in the present right now, so continuity be damned.

Speaking of continuity, feel free to:

Just because you do those things doesn’t mean your first draft is shitty. It means you’re putting in the work, fleshing out the important things while leaving the minor formalities for later. It means you were having fun and reveling in the joy of writing. And that’s maybe the best way I can describe it.

Your first draft is supposed to be a joy.

You’ve tricked and fooled your readers for years. You’ve tortured us all with surprise endings that made no sense. You’ve introduced characters in the last five pages who were never in the book before! You’ve withheld clues and information that made it impossible to guess who did it.

If you want to be supportive, stop telling your writer friends their first drafts are shitty or that they’re supposed to be. Tell them instead to enjoy the freedom of their first draft. Tell them to throw away all notions of quality, continuity, and sense, and to just have fun. Tell them to write without fear. I consider that to be the best writing advice you can possibly give someone.

My dialogue is stilted! Write without fear.

I start every sentence with ‘I’! Write without fear!

And when it’s all over, when they’re staring at 150,000 words of unmitigated creative madness, tell them to be proud.

Your first draft should lay the groundwork for the final novel. It takes a group of characters from point A to point B. It explores relationships. Crazy stuff happens. Someone gets kicked in the head. Someone else gets naked. An elderly character says a naughty word.

If it’s full of plot holes and continuity errors, great! You let the story lead you in a direction you didn’t expect, and likely, your reader won’t either.

Be proud. Bask in the accomplishment of your first draft.

Cultivate that high, because you’re going to need it.