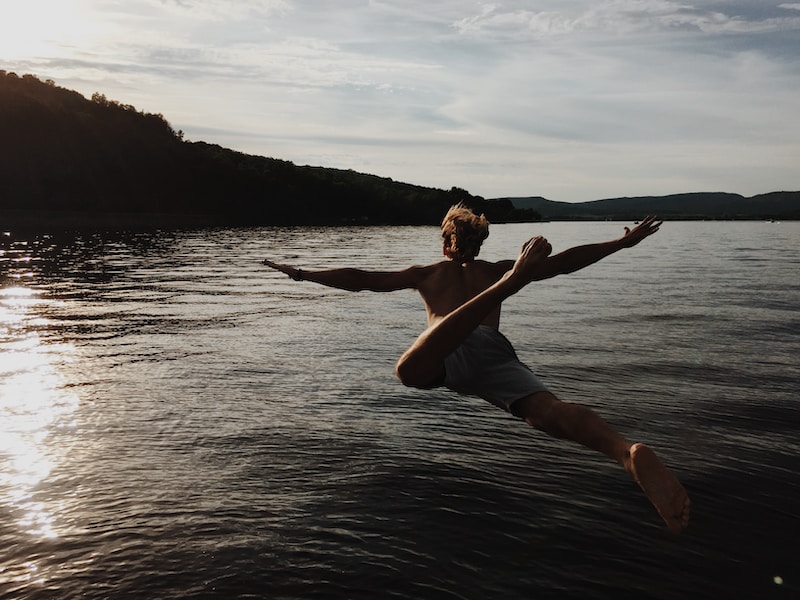 I independently published my first book in 2004, and since then, I’ve tried all sorts of services and gimmicks to turn them into best sellers. BookBub, email lists, Facebook ads, Twitter ads, Goodreads ads (when they were still a thing), and after sixteen years, I can tell you that the only ad channel that ever produced meaningful results was Amazon Advertising. And that’s why, for the launch of Brigham Plaza, I’ve decided to go all-in on Amazon. While that might sound reasonable, please keep in mind that I have no idea what I’m doing.

Update Feb 24, 2021: Emerging From the Shallow Pool of Amazon Advertising

David Gaughran, How to Sell Books in 2020 – Pandemic Edition

Well, at least I’m in good company. In this post, we’ll explore what it takes to launch an advertising campaign for a newly released dystopian cyber-thriller. I’m a big believer in just try something, even if it doesn’t work. It is my hope that you can stand on the smoldering ashes of my failure and achieve your own success. Just be sure to let me know where I went wrong.

Head on over to advertising.amazon.com and set up an account. If you’re selling books, you’ll want the I have a KDP account option. Once you’re in, click + Create a portfolio under the Portfolios heading on the sidebar. I named mine Brigham Plaza because that is what I’m advertising. This is likely the last question I’ll get 100% correct.

Click into the new portfolio. Now we’re ready to create campaigns. Surprisingly, there are a lot of options when it comes to campaigns, so we’re going to create multiple to see which work the best. We can always come back later and disable the lower performing ones.

Click Create Campaign. Your first option is to choose a campaign type. Amazon describes them thusly:

Today, we’re just going to focus on Sponsored Products, so click Continue under that heading.

I used the following settings:

$20 per campaign per day for 31 days may seem like a lot, but I have a feeling that successful authors are paying a lot more. And besides, I told you we were going all-in (adjust to your comfort level).

The first real choice we find is Targeting.

We’re going to do both, but for Variation 1, we’re going to choose Automatic. Amazon recommends this when you’re getting started, and that’s because they will choose keywords for you and show you how they perform. You can then focus on those keywords in later campaigns to increase ROI.

For example, I used Automatic Targeting with Hybrid Mechanics. Amazon recommended a bunch of keywords related to SF and cyberpunk, but the keyword that got the most clicks was zombies. Of course, there are no zombies in Hybrid Mechanics, and that keyword resulted in zero sales despite costing the majority of the advertising budget for the click.

This is probably the most daunting section. How do you want to bid on ad placements? Here are the options:

All that makes perfect sense, doesn’t it? My gut reaction is to go with the second option, Dynamic bids up and down. It’s not that I necessarily trust Amazon to decide when my ad is most likely to convert to the sale, but the help text sort of implies that the other two have the potential of leaving sales on the table. Fixed bids means paying the same even when the chance of a conversion is low. Dynamic down may save money, but it doesn’t go after the so-called “more likely conversions.” How Amazon determines that, I have no idea.

I hate to say it, but I think we have to trust Amazon and go with dynamic up and down.

Money’s no object, right? (Please tell me you’ve been budgeting / setting aside this ad spend for months now…)

There’s another option here to PAY EVEN MORE to advertise (up to 900%). For the sake of my son’s college education, we’re going to leave this alone for now. I could, however, see the value in paying more to be shown at top of search. 900% more value? Probably not.

Here we come to another choice. Do you want to display custom text with your ad? Or just plop it down on the page? If you want custom text, you’ll be limiting yourself to one product per campaign. Since we’re only advertising one book, that’s fine.

You should see a list of your books. Find the one you want to advertise and click Add. Note that it lists print and Kindle books separately. For all of these campaigns, I’ll be pushing people to the Kindle product page. Why? Because Kindle versions of my books outsell print 20 to 1, and that’s probably too low of an estimate. If that’s not your experience, you could use your print product here instead, but I don’t think it really matters. It’s essentially the same page with the same reviews.

This section’s another doozy. We need to set a default bid. At this point in the process, this field has been filled in automatically with $0.75. But, there’s also help text below that reads Suggested bid: $0.59 ($0.44-$0.92) because that’s not confusing at all.

I’ll be perfectly honest. I have no idea where these numbers come from. But rather than sit and stew about it, we’re just going to try something, because that’s how stuff gets done.

Let’s split the difference between .44 and .92 and round up to 70. Are those five fewer cents per bid going to screw us later? There’s only one way to find out!

There’s also another section for setting bids by targeting group, but we’re going to save that for another lifetime.

As I mentioned in my Hybrid Mechanics zombies example, you may want to avoid your book appearing in certain searches or with certain products. We’re going to do this after the fact because we don’t know yet which keywords are going to perform so poorly as to endanger the entire campaign. We’ll come back and adjust these later.

Here’s your chance to shine! We chose Custom Text earlier, so now you get 150 characters to sell your book to the masses. What do you write? What don’t you write?

No pressure. Oh, and you only get one blurb per campaign!

If I had to guess, I would say that the ad blurb is a place where you’d want to reinforce the keywords. They searched for hacker? Well look, it says hacker right here in this ad.

I think I’ll go with something simple: The data arrived first, followed by the money, and then finally the pain. It could only mean one thing: the notorious hacker Johnny San Vito was dead. That’s exactly 150 characters. Perfect.

Before settling on text, you can view what other people chose by visiting any book product page on Amazon.

Just look for the Sponsored box under the book description.

Choose a blurb you like and hit Launch Campaign. Then click Go to campaign manager. Amazon will need to review and approve the ad before it goes live, so let’s go create the rest of the ads.

For my second campaign, I’m going to choose Manual targeting instead of Automatic. This opens up a few more choices.

The options here are Keyword vs Product, but it reads more like Search vs Product, and to be honest, I’m not sure what the better choice is. I lean toward Product, because personally, I don’t ever go to Amazon to search “ghost” or “hacker.” I search for Stephen King or Richard K. Morgan and Amazon shows me related books.

Yikes. This one got complicated real fast. In this box, you can click Enter list to add your own keywords. One thing I noticed is that all of the terms I chose sounded very generic. Hacker. Cyberpunk. I’m not confident these are the right keywords to be using, or whether keywords themselves are a good strategy.

Once you add some keywords, you’ll see a list on the right where you can adjust the bid for each one. That’s right, you’ll pay more to show up when a user types “robots” versus when they type “hacker.”

Actually, sitting here, looking at this nonsense, I’ve talked myself out of keywords. It’s not like I’m selling a self-help book. It just needs to be on the shelf in the Science Fiction section of the bookstore.

Ah, now this makes much more sense. Choose some categories where you want your book to show up. I suppose if you want to piggyback on another book, you can choose Individual Products, but I’m sticking with Categories.

There’s definitely an urge to go wide and just target /Books/Science Fiction & Fantasy, but do you really want your hacker magnum opus showing up with Lord of the Rings? There may be some crossover between those crowds, but better this book show up with the likes of Neuromancer, Altered Carbon, and Snow Crash.

It’s interesting that Dystopian has a much higher Suggested Bid than Cyberpunk. This is one spot where I’m actually going to adjust the bids a little to prefer Cyberpunk over the other two.

So far, I’ve got two campaigns: the same custom text ad with manual and automatic targeting. I’m going to duplicate those and take out the custom text, just to see how a straightforward “just the cover” strategy works. As the days progress, it should become clearer which choice has the better ROI, and I’ll adjust budgets accordingly.

I decided to throw on a Lockscreen Ad just to see what it was like. Instead of a daily budget, you get a lifetime budget, along with the option to run the campaign as quickly as possible or spread it out evenly. Since I haven’t tried these types of ads before, I gave it a relatively low lifetime budget and CPC bid. I also chose to run the campaign as quickly as possible; let’s get this new release in front of as many people as possible quickly.

Three hours later, and my wallet already hurts. Still, having gone through most of the options available, I’m happy with the choices I’ve made for this initial push. Amazon Ads seem daunting precisely because there are so many options, and the only way to really understand them is to try something.

Are you going to fail along the way? Yes.

Are you going to waste a lot of money along the way? Double yes!

But don’t beat yourself up. You’re an artist, not an advertising guru. You create worlds on paper. You brain is built for creativity, not understanding the vagaries of ROI and CPC averaging. Let’s leave this stuff for people who enjoy it: sickos.

The ads go live on 8/31. We’ll check on them at the end of next week and see how they performed.

Update 2/24/2021: Emerging From the Shallow Pool of Amazon Advertising 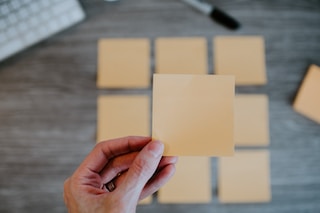