Aside from a few interesting titles like Arizona Sunshine and Rick & Morty VR, there haven’t been a lot of GREAT titles in VR. There are zombie simulators and gun range simulators, but I’ve probably spent more time in Google Earth than anything else. So it was with complete gut-dropping glee that I heard Valve was releasing a new Half-Life story exclusively in VR. Of course, there was that little voice asking me, it can’t be good, though, can it?

Because for the most part, VR games aren’t good. I think it’s a money thing. Nobody buys VR games, so there’s no money to invest in them, so no good games exist, so nobody buys them. Enter Valve, who has been sitting on a pile of Half-Life and Portal money for who knows how long. They decided to bring a beloved franchise to VR just to show people how it’s done.

So does it work?

I remember when I first got my hands on a copy of Half-Life 2. I had to install some weird game launcher called Steam just to play it, but by the time I was stepping off the train into City 17, I’d forgotten all about it. There was a sense of scale to Half-Life, and it showed in every new environment you encountered.

But there was always a distance… the space between your squishy eyeballs and the computer monitor… that kept you from really experiencing what it was like to be in City 17.

You start the game standing on a balcony, and immediately you get to see familiar elements from a whole different perspective. The word that came to me was grounded or maybe connected. You’re definitely closer to the world.

When it really hit me was a little later on when you meet the combine up close. Again, scale comes into play. They’re big. And they’re right next to you. There’s no buffer. You definitely get the sense they could reach out and really hurt you.

It’s pretty amazing what you can interact with. You’ve probably already seen a hundred videos of people writing on the windows in HLA. It’s such a strange sensation to be leaving your mark on the game. Most environments are a mix of things you can pick up and things that are just background decoration. Figuring out which is which is part of the fun.

Of course, being able to touch and grab also creates some weird moments.

In HL2, you can pick up dead bodies with your gravity gun, but in HLA, you can grab a zombie by the shoulders and toss them over the side of a building. You can bring them closer to your face and really get a good look at them. If you want to, that is.

HLA uses gravity gloves to pull things from the environment into your reach. This is a nice way to get around the tediousness of moving to an object, bending in real life, and reaching for the thing. Instead, you just point, click, and flick. You get used to it.

There are new actors for Alyx and Eli, but one welcome addition is Rhys Darby as Russell. I had no idea he was in the game, and if I had known, I would have bought it much sooner. So far, he seems to be Alyx’s “constant companion,” which reminds me of Stephen Merchant’s role in Portal 2. The only problem is that Portal 2 was meant to be silly and funny. HLA… I’m not so sure.

The tutorial stages of HLA take a while. You have to learn to move and interact and reload your gun. Zombies come at you slowly at first so you can figure out how to take them down without getting overwhelmed. But even then, one is enough to kill you.

I learned this after getting into City 17. There’s a point in the game where you find a fabricator that can upgrade your gun. You put your gun in it, Rhys Darby tells you to find more resin, and off you go. In the other room, you encounter a couple zombies.

Not a problem, right?

Wrong. You forgot your gun in the replicator, bozo.

That’s my take on HLA with barely an hour logged. It’s polished, it’s immersive, and it’s really going to highlight how uncomfortable VR rigs are at the moment. Still, it’s worth it to travel to City 17, to feel like you’re standing there as those walkers climb over buildings.

Buy it, whether you play it or not. Consider it an investment in the future of VR gaming. 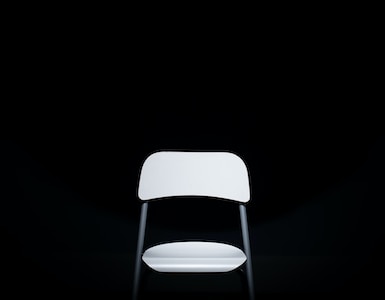 Flashes from the Verse: Anjali Will See You Now

There had been rumors about VNet circulating around the message boards and chat rooms, stories about a virtual world that felt more real than reality. And while some of the claims were wild and their sources...

Shopping for a graphics card isn’t all that hard. Step 1: wait for a new version of Far Cry to come out. Step 2: Go to Amazon and buy the best card you can get for $350. Step 3: Turn up your graphics settings from...