“Alright, we have time for one more question.”

A collective groan filled Conference Room B in the Umbra Tower. Nearly 1,500 people had crammed into the 900-capacity room for a Q&A with leading tech players, and many of them stood in one of two snaking lines to the left and right of the main stage. They had come from all over the country to Umbra, California for the annual State of the Network conference, and after several days of presentations and workshops, they now had the opportunity to pose questions directly to the very people who ran their digital lives.

Danny Guns Montreal sat in the second to last seat on the left side of the stage, his eyes constantly scanning the crowd but always coming back to the suited man standing near a fire exit. He was NSA or FBI or CIA, equipped with a badge and a gun and an infinite supply of probable cause. He shadowed Danny everywhere he went, from the beaches of Atlantic City to the snowy peaks of Vail, and to all of the ratty, out of the way safe houses he visited along the way. Seeing the Fed in Umbra came as no surprise, but seeing the creases form on his face, the sweat bead on his hairline, the way he constantly shifted his weight from one foot to the other, made Danny smile. Umbra was no place for a Fed, not with all the young anarchists roaming the streets.

And yet he had followed.

He’d been there at Danny’s first presentation earlier in the week, had sat in the back of the room while Danny went over the latest techniques for extending data remanence in non-volatile random access memory. He told a captivated crowd about the lengths he went through to keep his data safe, at one point holding up the scratched, gray laptop he carried with him at all times.

“Never write to the disk,” he had told them. “Always keep everything in RAM.”

If the Fed had any interest in what Danny was talking about, he never showed it. Even when Danny showed the crowd how to extend the half-life of data by cooling sticks of RAM to subzero temperatures, the man’s face never so much as twitched. The crowd loved it though, and Danny could see many of them looking at their slivers and palettes with new eyes, suddenly concerned with how much of their data was saved on their devices or worse, in the cloud.

Danny glanced at his laptop on the table in front of him. The LED had changed from white to a soft amber, indicating that the battery had fallen under thirty percent. That gave him about forty-five minutes to find some power. He looked over his shoulder at the doors behind the stage and wondered if he could sneak out without anyone noticing.

“Miss, would you like to ask your question?” Bobby Shore, who was taking time off from his Shore-to-Shore podcast to MC a few events at SotN ’09, motioned to the young girl on the right side of the stage.

The man to the left of the stage grumbled and walked away in disgust.

“Hi, thank you. Um, my question is for Mr. Montreal. Can I call you Guns?”

Danny leaned forward and spoke into the microphone. “Great question. Yes, you can. Thank you, everyone.” He grabbed his laptop and started to stand.

Bobby put up a hand and chuckled. “I don’t think that was the young lady’s question, Mr. Montreal.”

“It sounded like a question to me,” said Danny. He glanced down the stage, met the unamused glares of the other panelists. Remembering who he was supposed to be, Danny smiled and yelled to the girl at the microphone. “Alright, baby. Lay it on me.”

She giggled, stumbled over her words. “Hi, Guns. My name is Penny and I’m a student at CalTech. I was wondering if you had any thoughts on the Arabeth963 scandal?”

A smattering of applause and boos went up from the crowd.

Two seats down from Danny, Tanzy grabbed her microphone and answered in monotone. “Men are dicks,” she said. “End of story.”

Danny chuckled as the leader of the hacker group I.C.E-1 shot him a wink. I.C.E-1 had all the makings of a cipher den except that none of their members had any interest in giving up the pleasures of the physical world. They still participated in the hackers-for-hire marketplace, but the group had gone more mainstream after their role in restoring order after the Calle Cinco de Mayo Massacre. Tanzy had, at first, bristled under the media attention, but after a while she found the spotlight suited her.

“Mr. Montreal,” asked Bobby, “are you familiar with Arabeth963?”

It was hard not to be. Lincoln Continental had been feeding the story every hour since it broke three months ago. LC subscribers loved controversy almost as much as they loved tech, so when a fight broke out between a female gamer and an industry that primarily catered to men, it immediately made national news. All the major blog sites brought out their soapboxes, podcasters dumped hours of useless audio onto VNet, and in the end, a disagreement about the treatment of women in video games became an all-out brawl about feminism and male dominion. Although violence had been threatened, forcing Arabeth963 into hiding, no one had yet been physically harmed.

Danny knew many of the involved parties were present in Umbra to attend SNC ’09. Already, some of members of the audience were staring daggers into Penny’s back.

“I am familiar with the story,” said Danny, taking a sip of his water. He set it back down next to his laptop and noticed the amber LED starting to pulse. “My esteemed colleague Tanzy is half-right. Men are dicks. But so are women sometimes. I’m not surprised by any of this, and I don’t have any sympathy for Arabeth either.” He paused to let a feminine chorus of boos die down. “We are all responsible for our own actions, even if that action is logging into Synthetic War Machines 3. Once you connect to the network, all bets are off. If it were up to me, the network wouldn’t even let you interact with other people. Other people are fucking horrible.”

Bobby laughed nervously over the silence.

“Not all people are horrible,” said Grace O’Conner, VP of UX design for the social network Pattrn. “That’s why we make it easier and safe to connect to the good ones. If people didn’t want to connect, companies like ours wouldn’t exist.”

In the seat next to him, Patrick Delmar crossed his arms and huffed. He’d been fidgety all morning. Evidently, a Berkeley professor deserved better than to be seated between two lowly hackers.

“Men shouldn’t exist,” said Tanzy. She sat back in her chair and chewed on her fingernails.

Tanzy raised an eyebrow, tried not to smile.

“Okay,” said Bobby Shore, raising a hand to quiet the crowd. “That’s all our time for today. How about a big round of applause for our panel? Mr. Lucas Cotton, Ms. Grace O’Conner, Tanzy, Mr. Patrick Delmar, Mr. Danny Guns Montreal, Mr. Johnny San… err.” He looked up from his cue cards, past Danny to the empty chair at the end of the panel where Johnny San Vito should have been sitting. “Thank you so much, everyone, for attending today. I’ll be in Conference Room C in an hour with Mr. Cotton for a MESH tech demo. I hope you all will join us. Oh, and a full transcript of today’s Q&A will be available on the Lincoln Continental feed shortly. Don’t forget to subscribe.”

Danny pulled his laptop from the table and glanced at the empty chair beside him. Johnny San Vito was the only reason Danny had come to Umbra, and the man hadn’t even bothered to put in an appearance. 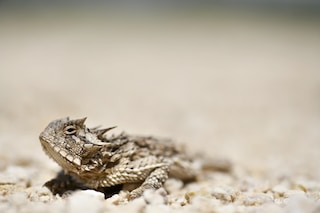 By Daniel Verastiqui October 17, 2019
Add comment
Notes From The Author