Some things never change. I’ve been writing stories and novels for a long time now, and though I’m no longer in the posting word counts to Twitter every day phase, I still feel the need to share the milestones with someone… anyone, basically. There’s just something about putting the last period on the final sentence in the last chapter and saying there it is; this draft is complete that makes you want to stand on your porch and announce your success to the world.

Because really, it is a success to finish a draft of a novel. Your brain hurts. Your hands hurt. You know you’ve worked hard. And yet, you still crave that pat on the back from childhood, someone looking at what you’ve done and saying good job.

For those familiar with social anxiety, you know that any good counselor will tell you that often times, when you’re feeling anxious due to attention or a situation, it’s because you’re telling yourself a story. That person is looking at me. Those girls are laughing at me. Everyone knows I ate three packs of Reese’s Peanut Butter Cups in my car before walking into this Sport Clips.

That kind of thing.

This need for recognition feels like it lives in the same neighborhood. We want people to be proud of us (hence posting word counts on Twitter). We want our significant others to fawn over our writing prowess, to stand in awe as we parade around the house triumphantly dancing a jig.

So if we can tell ourselves a story about other people’s negative thoughts, why not do the same for the positive?

I was recently introduced to the concept of self-parenting, and honestly, I don’t think it would have had the same impact if I weren’t the father of a two year old. Basically, it comes down to a simple directive: treat yourself the way you’d treat your child in a similar situation.

Ostensibly, this practice is meant to shield your inner psyche from harm. You’re basically standing between yourself and the outside world, protecting your self-worth like a father would his child. People’s opinions don’t matter. You have worth. You’re a good kid.

That kind of thing.

So it makes me wonder: can this practice be applied for self-encouragement? Can you sit and look at a finished draft and tell yourself you did a great job.

You worked hard. I’m proud of you.

Can telling yourself a story about your accomplishments ever be enough?

A Glass Cage of Emotion

We all need encouragement from time to time. The problem (or my problem, I suppose) is that over time, the writing process has become more private. I don’t want people to see anything from the zero draft. I only wanted trusted confidants to see a first draft. If someone asks what the story is about, I want to give them the elevator pitch and say nothing more.

The writing process has become more personal and sacred.

I used to believe we could all write novels together. That we’d sit in a room and talk about our progress and support each other and sometimes make out. That never quite panned out. Instead, I find myself increasingly alone, stabbing keys at 5:00 a.m. before anyone else wakes up and then again at night when everyone has gone to sleep.

My successes and triumphs come in the dark, lonesome hours, and I lament that sometimes.

At the same time, I don’t see how it could be any different. Writing is personal; there’s no getting around that. And just because people don’t see the work you put into it, doesn’t mean you’re not accomplishing something huge. If you find yourself struggling to believe that, then maybe it’s time to stop relying on other people and help yourself.

Tell yourself you did a good job. Then print out your novel, grab a red pen, and get back to work. 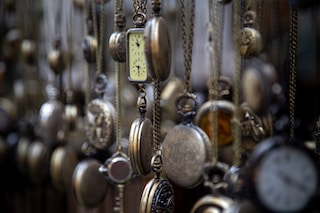