A Woman Takes Off Her Bra

Here’s what I’ve found to be true about editing on the fly: the more you write, the more you can adjust things while you’re writing. What used to take 10 drafts to rewrite may now only take 6. The point is, you know things are wrong as they’re coming out of your finger-mouths. But then sometimes, you don’t notice, because you’re basically a 12-year-old boy when it comes to topless women.

A little bit of trivia about Book Six: only 75% of the story is net new. And if my dates are correct, some of the scenes were originally written in 2011, back when things were different, when the world was a marginally saner place. To come out of this with a coherent novel, those older scenes need to undergo a process I called systematic paradigm up-versioning.

“Gonna grab the groceries,” he said, touching her lightly on the stomach as he passed her. “Make yourself comfortable.”

After another sip of the bitter chocolate, Jane put the cup down on the bar and slipped out of her overcoat. She hung it on a hook by the door. Crossing the room, she removed her sweater, folded it neatly, and placed it in one of the several empty drawers in the dresser. Nimble fingers unbuttoned her blouse halfway before she pulled it over her head, taking her white camisole with it. She unhooked her bra and discarded it in another drawer.

“That’s kinda what I had in mind,” said Montreal. He kicked the door closed with his foot and took the grocery bags to the kitchen.

Jane smiled at his comment, unzipped her suitcase, and dug for a faded San Antonio Spurs t-shirt. She pulled it on, letting the persona of Jane Meade envelop her completely.

Now, I have a lot of problems with this small excerpt, but let’s focus on the bigger issue here: Jane is topless for a relatively long time.

Sure, there is definite context to consider here, but this ain’t a strip club. It didn’t really hit me that this is a problem until the rewrite when I had to ask some silly questions:

So, when I got to the scene of Jane taking off her top, it just didn’t ring true for my universe. Unless she’s performing for Danny (which could be true, given the nature of their relationship), then she would probably get changed in a more realistic way.

I tried to throw some water on the hot garbage:

After another forced sip of the hot chocolate, Jane put the mug down on the bar and slipped out of her jacket. She hung it on a hook by the door. Crossing the room, she removed her sweater, folded it neatly, and placed it in one of the several empty drawers in the dresser. Nimble fingers unbuttoned her blouse halfway before she pulled it over her head, taking the white camisole with it.

Jane unzipped the suitcase and dug for a faded San Antonio Spurs t-shirt. She pulled it on, letting the persona of Jane Meade wash over her. To complete the transition, she reached under the back of her shirt, unhooked her bra, and pulled it off.

Danny groaned as he dropped the grocery bags on the kitchen counter.

This passage still contains a lot of mechanical problems, but that’s for Editor Daniel to worry about later. What’s important is that the sequence of events changed. Jane undressed to her bra, found her new shirt first, and put it on before unhooking her bra beneath it. Total time with exposed breasts: zero seconds.

Not only that, we get to lose Danny’s pre-teen “that’s what I kinda had in mind” comment. That’s a huge win. And really, he’s the only one who will be disappointed by the loss of this brief moment of casual nudity. The rest of us will be like “yeah, of course that’s how she would change her shirt in this scenario.”

Now, this may not be a huge thing in your estimation, probably not even worth a blog post, but this is just one example of the things writers look for in their stories. A typo slips into the finished version and you’re like “oh this writer is an amateur! How dare he publish this book?!”

But you know what? A typo is nothing. It’s a mechanical failure.

But… a woman in the Vinestead Universe taking off her bra in an unrealistic way?

Well, that’s a sin. And it won’t be tolerated. 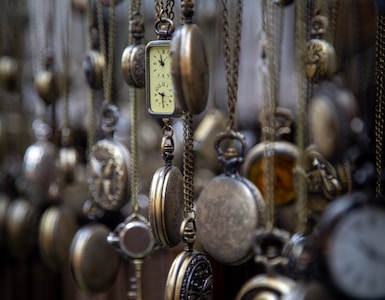 Here's a thing: I've never written a novel from a single character's point of view. It has been twenty years, and despite my best efforts, I've never made it more than a half baker's dozen chapters into a project. It's...

If It Doesn’t Advance The Plot

I was finishing up my last edits on Brigham Plaza when the quarantine hit, so I couldn't join my fellow writers in celebrating "all this extra free time" we had to write. But now that the book is with my editor, I've...

State of the WIP: The Most Exciting Line

Last night, I powered through the last six chapters of Brigham Plaza to get a sense of how they feel as a whole. I put a lot of work into making the climax of the book satisfying while still leaving a few stingers in...