Last weekend, I was fortunate enough to spend the afternoon with a bunch of local writers, directors, and actors and discuss everything from when a child gets their first tooth to when a child takes their first step. It wasn’t lost on me that almost no one talked about their creative work–what they were writing, what they were directing, etc–which I found strange, because as an author, I’m always looking an excuse to talk about my books. I left the event feeling like I had rediscovered a group of people that I’m a part of but that I don’t spend time with. What really struck me, though, was how everyone there, as creatives, had a voice, and later, I realized, a responsibility.

Since my newest book is in alpha testing (hey, I mentioned my newest book!), I’ve been spending time catching up with a novel-in-progress by my writer friend Travis. He and I got to sit down and talk about his book, about the choices he made, the direction he was taking the characters, and so on. Since it’s just his first draft, I didn’t have anything huge to critique him about, except one thing: Trump.

There’s this weird kind of feeling pervading public discourse these days that we can’t be honest about our feelings without worrying we’re going to start a fight. We’re told not to bring up politics with family or at work or in mixed company because you don’t know who you might offend. Facebook, beacon of civilized communication that it is, has become a war zone where the weapons are Snooze, Unfollow, and Block.

People aren’t going to change their minds, so why rock the boat, right?

Maybe keeping your opinions to yourself and silently voting every 2-4 years is enough for the everyday Fine Upstanding Citizen, but you, blog reader, are an artist (I assume, anyway). In my humble opinion, I believe artists have a responsibility to own their beliefs and preserve them as best they can.

And I’ll tell you why in a minute.

Last night, as I sat around on the floor with students at Austin Impact Jeet Kune Do (come for the pulse-pounding music, stay for the scintillating aromas), we somehow started discussing Trump, and I got to tell a story that has become well-known to anyone who has asked how my newest book is coming (second mention!).

When Perion Synthetics was in alpha testing, I had a reader come back with some comments about the book’s political content. Consider this paragraph from the first draft:

“Vinestead stock rose again today on speculation its PMC division could be called upon by President Romney to secure our southern border. Many democrats are calling this back alley favors, citing the President’s push ten years ago for the controversial GA bill, which was introduced by the then-governor of Massachusetts. Speaking from the Rose Garden today, the President challenged his critics to suggest a better plan for keeping immigrants from becoming burdens on the backs of hard-working Americans. A statement released by Calle Cinco today calls the President’s remarks irresponsible and racist. No threat of terrorism was made with the statement.”

In the alternate Vinestead reality, Mitt Romney would have won the election. Having a Republican win elections is pretty much standard for any dystopia, but that’s another post. My reader’s feedback was to remove the reference to Romney and replace it with a generic name. And why?

Because taking sides in politics in a novel would alienate half of my readers.

This reader is a smart person, and you know me, always looking for more ways to expand my audience, so I changed Romney to Hadden and went on my way. It made little difference to the story itself, none actually, but to me personally, I felt strange about it. Why was I censoring myself? To potentially sell a few more books?

The advice I gave to Travis, and which I’m following in Hybrid Mechanics (third mention!), is to embrace your political view. Don’t make veiled references to a “part-time white supremacist,” call that minority-hating son of a bitch out by name. My reasoning is based on a very popular quote: history is written by the victors.

After the Sinclair / Big Brother fiasco of last week, it should be clear to everyone that the media can’t be trusted to remember history the same way those of us who lived it do. Therefore, it is my contention that history must be preserved by artists. Whether you hate Trump or love Trump (what the hell is wrong with you, honestly?), it is an artist’s responsibility to capture these moments for future generations.

Before El Matador was born, my wife and I used to make little videos chronicling his growth, telling him about the world and what we were doing in the months before he was born. And yes, the morning after the election, we recorded a video that I began with I wanted you to know how it felt the morning after Donald Trump was elected. And we told him how disappointing and scary it was.

The hope is that when El Matador is older, he can watch that video and know how his parents (just two normal middle class Hispanic Americans) felt the day after a pussy-grabbing racist dullard was elected President of the United States. No matter what the media says, no matter what the history books say, he’ll hear our feelings from our mouths.

And that I think is what is so important for artists to preserve: the feeling in America in 2017. They need to preserve it because someday in the future, the history of 2017 (and these following years) will be rewritten or forgotten or otherwise skewed. There are pure human emotions at play and enough mental gymnastics to fuel a thousand Olympics(es?). We need to capture it, keep it safe.

I tell the story about Perion Synthetics because in Hybrid Mechanics (that’s four), the entire premise of my book is based on the idea that the only possible way it makes sense that Donald Trump is the President of the United States is if we’re all living in a computer simulation that has gone way off the fucking rails. The characters live in a simulation (our reality) and they wake up to their real reality (the Vinestead universe). It’s an underhanded way of implying that our world is seriously messed up, but who can really argue otherwise?

I don’t know what my politically sensitive reader is going to say about the characters calling Trump out by name, and it doesn’t really matter. It’s staying in there. If the name of the President didn’t matter, if it were the same old Dem v Repub argument that has gone on since forever, I probably would soften it a little. But this is not a normal situation, and at some point, you have to take a stand.

Do a little. Do a lot. But do something.

You can keep your opinions to yourself and vote in private, but in your work where emotions drive everything, you can and should tap into how you’re feeling, even if polite society says you shouldn’t talk about such things.

Those are the same people who say you shouldn’t post about politics on a publicly viewable blog because it might hurt your employment chances when someone googles you.

But then, if someone doesn’t want to hire you because you don’t like Trump, doesn’t that imply something about their feelings towards El Presidente Pendejo? And would you really want to work for them? 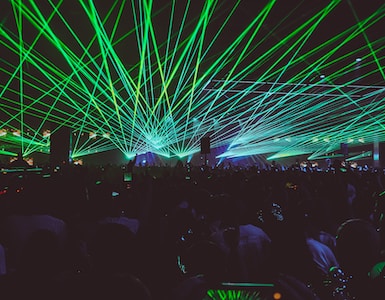