The more things change, the faster they change. At no time in our history was that more true than in the years between 2018 and 2026 when America and most of the civilized world was almost brought to a technological standstill by a group of hackers who valued privacy over regulation and freedom over democratically elected control. This is the story of how the Margate MESH brought us to the brink and how the men and women of this great country brought us back.

LANGDON HUBER (Engineer, Perion Synthetics): I never saw the value in it, if we’re being honest here. Dealing with the telecoms meant encryption, and after the changeover in 2015, we started developing our own secure messaging in-house. Eventually, we were running our own fiber lines from the PC to the west and east coasts. So no, sending our data down AT&T Street or Comcast Avenue was never an issue for us, nor was it something we ever wanted to do.

WADE VUNAK (CEO, Nixle Chronos): It was definitely a concern for us heading into the tenth anniversary of OcularAR. Not only was BT inspecting every packet that crossed their network, they were taking their sweet time doing it. We were developing a multiplayer game built around augmented reality that required bandwidth beyond what BT was providing to the average user. With OcularAR already costing hundreds of dollars, we couldn’t very well ask the user to shell out hundreds more each month for the so-called Internet Fast Lanes. We needed another solution.

RAUL GARZA (SciTech Contributor, HowItDo): Oh yes, the Margate MESH. Uppercase M, E, S, H, like it’s some kind of acronym for something bigger. It’s not. It’s just a word held over from the early days of networking, a wild idea that maybe communications didn’t have to be centralized. I’ll tell you where it started: P2P. Kids looking to trade software they couldn’t afford who stopped leeching from servers on the Net after they started getting sued. And yeah, that was a big nuisance on its own, but it made everyone realize something: they were being watched. Not by the SysOps, but by Time Warner and Verizon. Every bit they sent down the line was being intercepted and cataloged, even those that weren’t expressly illegal.

TANZY (I.C.E-1): No, anyone with a basic education could find the tools to secure their data, whatever that data was. We knew the telecoms were listening in, we knew they were telling on us to the NSA, FBI, and local law, but we didn’t worry about that shit. If you were dumb enough to let someone listen in on your private conversation, you deserved to get busted. No, what really turned it around were the fucking moles. Media companies had been leaning on the telecoms for years, sending takedown notices and subpoenas to every file sharer they encountered. After we got smart, and the telecoms told them their hands were tied, they started flooding the scene with bogus files. Sometimes they were harmless, other times they had viral payloads. You couldn’t call them on it without admitting guilt, so the whole thing just stalemated.

This is an A-B conversation

GARZA: The collective attitude towards security and privacy hit a tipping point in 2016. Do-gooder companies like Miranda Enterprises and BreezeNet spent their advertising revenue on end-to-end encryption programs with ciphers strong enough to keep all but the best hackers out. Plexadigm launched their own satellite late in the year to provide an alternative network; it was slow, but it was supposedly free from inspection. You still had to worry about what happened when the data left Plexadigm’s network though. Whatever people tried, they kept running into the same walls. That’s when distributed computing really began to gain traction.

TANZY: We’d been using distributed comms for a while before we came up with the MESH. Our phones had apps that spoke directly to each other through NFC. Our slivers had limited broadcast capability that allowed us to trade small bursts of data with nearby users. It was a good start, but a truly robust wireless mesh required hardware far beyond a simple phone. Besides, developing for those platforms meant planting seeds in someone else’s garden. One of our earliest requirements for MESH was that it couldn’t be dependent on Motorola or Samsung hardware. We had always planned to release MESH as open source, so we knew we needed an open source platform.

HUBER: It’s no secret anymore that our initial synthetic prototypes were reliant on a centralized system for communication and updates. After what happened, we really didn’t have a choice but to look into distributed systems. A wireless mesh offered a way for our synthetics to talk to each other without having to rely on a third party to translate. Funny enough, the first few iterations we went through worked so well that our synthetics stopped talking to each other verbally for almost a year. It was pretty unsettling not knowing what our products were discussing, and I imagine that’s how the telecoms felt when MESH started taking off.

VUNAK: What we got wrong was relying on the rig architecture to deliver peer to peer communications. We were still dealing with lowest-bidder fabrication companies, and God only knows where the original parts came from, or what government agency had gotten their hands on them before arriving in our warehouse. The rig itself had the horsepower and broadcasting abilities, but we couldn’t trust the security of a system that we didn’t build ourselves. We were in the design phase when MESH popped up. Three months later, we started porting.

Reach out and touch someone

TANZY: We released MESH 0.1 for the Margate biochip on the first of April 2016. It was a full dump: executables, source code, and even some shitty documentation I was volunteered to write. A year later, we were up to version 2.05 and quickly approaching telecom speeds. More and more people made the switch; in one week, we received over two thousand photos of neck scars. Margate biochips were going in as fast as Guardian Angel and Ayudante chips could come out. We had a user base that rivaled FriendSpace and BreezeNet put together, but we wanted more. I can’t tell you who came up with the “killer feature” for version 3.0, but we all signed off on it. We all left the barn door open.

VUNAK: Leave it to a bunch of hackers to promise one thing and deliver another. Tighter integration with other platforms sounded like a great idea, and I admit we were really excited about it. MESH had been a godsend up to that point, but we still had latency between our biochips and the rigs. And yeah, 3.0 changed all that. Life was good. The future was as bright as ever. Then one night I’m closing up shop and I pull a rig off the shelf, one we hadn’t used in weeks. I booted it, and can you guess what greeted me? The Margate MESH. Version 3.0. It infected everything, and our only option was the nuclear one.

HUBER: If you believe I.C.E-1’s story, the MESH was never designed to run on anything besides the Margate Mark 4 and higher. Certainly no one actively ported MESH to the Guardian Angel chip. Something like that would have had to come from inside Vinestead, and they have no interest in people talking amongst themselves. They’d rather we not talk at all than to be cut out of the conversation. Break room gossip says MESH ported itself to the GA chip. I understand how that might be hard for people to believe, but I’ve worked around synthetics long enough to know that sometimes evolution just can’t be stopped.

GARZA: Oh yeah, it’s a total emergent A.I. scene — very sexy, very provocative. No one besides Perion crackpots actually thought MESH was sentient — though who knows, maybe it was — but even I.C.E-1 freely admits that the program’s only goal in life was to spread, to seek out other nodes and expand the MESH. To reach more people, to spread more data, and to do it all at light speed, the MESH needed to be in every biochip and compatible hardware platform throughout the world. In its infancy, it had been stymied by the closed architecture of the Guardian Angel and Ayudante biochips. And then one day… through some security lapse or stroke of luck or grace of God, it found a way. 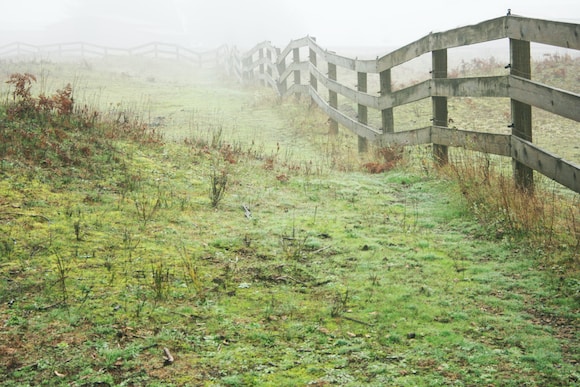 At first, Clyde thought it was just the weather, something about the barometric pressure dropping as a storm slid down over the mountains. The gray clouds brought only a fine mist, but they blanketed the land, cutting visibility down to almost nothing. Clyde was on the south edge of the ranch when his fingers began to tingle in his leather gloves. He’d been working on a section of fencing that...

The SUV followed I-5 north for several miles before taking the exit for Hayden Island, curling its way downward into a misplaced suburbia on the northern edge of Oregon. Well-to-do Portlandians hurried across the wide roads in their dense jogging suits, their reflective limbs catching the light from the SUV’s LEDs. Moon towers floated above retail parking lots, their pinpricks of illumination...

Miguel bristled at the sudden interruption. He’d been hunched over the chassis of an MX soldado for almost an hour, trying like hell to remove its biochip without discharging any of the small but powerful capacitors. Hearing Frankie’s voice in the back of his skull wasn’t anything new, but the image he sent of dark clouds from in from Port Bagdad blotted out Miguel’s hands. For a moment, the... 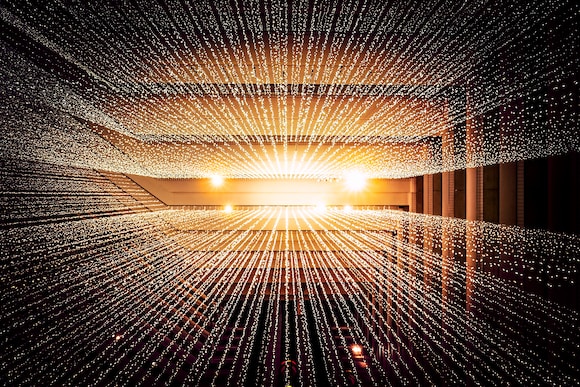 Nobody hung out in the break room of the tech shop on Level 3, mostly because it smelled like plastic. More accurately, it smelled like plastic after it had passed through the digestive system of an orange fungus for which the Biology books had no name but the other works had taken to calling the Stuff. The Stuff loved the break room because that’s where all the old equipment was stashed—routers...