It’s never too early to start freaking out about having to write a book description that will somehow magically convince people they need to read my latest Science Fictional opus. I have never, not once, written a book description that I was happy with. Instead, I write something the day it goes live on Amazon and hope for the best. Probably not the best marketing tactic, but whatever. For book 5, I’m looking to get a jump on that madness.

I sat down this morning and told myself there was no way I was going to get anywhere near a book description. Instead, I just started writing some garbage. Then I paused, hit Enter a few times, and wrote more garbage. I did that for about half an hour. Here’s what that produced:

The year is 2017. Donald Trump is President. Mass murders are commonplace. Nazis are back. The world balances on the precipice of nuclear war. Most people agree: reality is completely out of control.

But it’s not all bad news.

As it happens, none of it is real.

The world as you know it is actually a simulation centered around the city of Austin, Texas, and more specifically, four of its residents. There is nothing special about them on the surface; one’s a manager at a tech startup, another is a former soldier who drives for Brinks, the sole female is a moderately famous YouTube personality, and the fourth is a day-trader who is making a killing with Bitcoin.

They’re just normal people living out what they believe are normal lives.

But in reality—that is, actual reality—they are all dreaming, hooked into a collective delusion set in the Live Music Capital of the World.

For almost four decades, they have enjoyed American life at the dawn of the 21st century. But now it is time to wake up.

How will they feel when they learn everything they’ve ever known is a lie? Will they tell themselves they knew it all along? Will they abandon their faith and embrace chaos? Or will they use the opportunity to make a fresh start as someone else?

Only time, vicious infighting, and the threat of death at the hands of synthetic killing machines will tell for sure.

Does this adequately describe what Hybrid Mechanics is about? Not really. It’s one aspect of a multi-faceted story, the idea that we’re all living in a simulation. I really want that idea to be in the book description because I don’t want readers to think it was all a simulation is some kind of twist.

It’s not a twist.

After that, comes the how, why, where, and when. The real question is whether the characters can survive long enough to answer even one of those questions.

Someone should take my blog away.

For boys Ricky’s age, the forty yard swim to the north bank wasn’t something to fear. For one, there was no danger of drowning since the depth of the river was only four feet at its lowest. Secondly, they would only have to swim half the distance before reaching the barrier, at which point they would join the rocks in limbo for a short time before resetting to a spawn point. They would lose their...

Miguel bristled at the sudden interruption. He’d been hunched over the chassis of an MX soldado for almost an hour, trying like hell to remove its biochip without discharging any of the small but powerful capacitors. Hearing Frankie’s voice in the back of his skull wasn’t anything new, but the image he sent of dark clouds from in from Port Bagdad blotted out Miguel’s hands. For a moment, the... 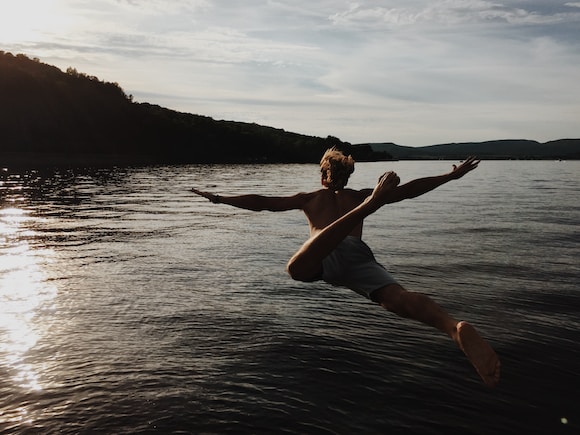 I independently published my first book in 2004, and since then, I've tried all sorts of services and gimmicks to turn them into best sellers. BookBub, email lists, Facebook ads, Twitter ads, Goodreads ads (when they were still a thing), and after sixteen years, I can tell you that the only ad channel that ever produced meaningful results was Amazon Advertising. And that's why, for the launch of...

In the midst of one of the most nightmarish years in my lifetime, I am releasing a new book. If I were a patient man, I would have waited, maybe a year or two (or four, depending), before interrupting stories of disease, racism, and autocracies with silly ads for a sillier book. But I'm not a patient man. And no matter how bad it gets out there, I will still be here, at my desk, writing stories...