When Dom and I bought our house two years ago, we made sure to include a couple of extra rooms to grow our family. Fast-forward to today, and we’re less than two months from the arrival of our first child, which we have nicknamed Pumpkin since we don’t know the gender.  Ever since we found out we were pregnant, my to-do list has contained the line item: build a nursery. I’m happy to report that after seven months of procrastination, I’m finally on the job!

Here’s what we set out to do:

I decided to tackle the smoothing first, since I’d be painting over it later. I used some simple painters tape and picked up some joint compound from Home Depot.

Look at that tiny putty knife. I did the entire wall in a few hours while listening to the audiobook of 1984, which was possibly the most depressing Saturday I’ve ever had. I thought the wall looked okay with only one coat, but after the initial painting, I realized I was wrong.

If you’re smoothing out textured walls with joint compound, use at least two coats.

We used the same MDF from our Drop Zone project to start the board and batten. The wall is twelve feet long, but not exactly due to builder quality. And, as I expected, the adjoining walls aren’t exactly plum either. Oh well.

We chose a light color called Ash Blue despite it being generally considered a boy’s color. We started to get a bad feeling as I was roughing it in, and upon seeing the final product, we decided to cover it up with a light gray called Silver Drop.

Now came the fun part. We got some wood slats (about half the thickness of the cross beam) and started positioning them. We bought twelve, but didn’t use that many. Of the four outlets on the wall, we only ran into one, which was really lucky. I’m sure there are a lot of options for getting around that outlet (we considered covering it up, which evidently is bad), but I went with just putting in a break in the slat. It’s not pretty, but if it bothers us enough, we’ll just put a table in front of it.

So, after a couple of weekends, we’ve got the walls painted a nice light gray, the board and batten on a smooth wall, and guide lights on most of the outlets. The remainder of the work is on the board and batten: getting it caulked and smooth, primed, and painted, which shouldn’t be too much of a challenge. Once that’s done, we can move in the furniture!

Some things I learned: 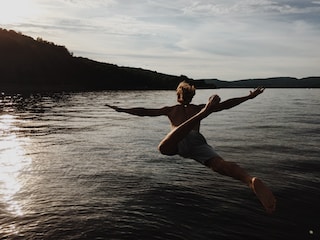 By Daniel Verastiqui March 28, 2017
Add comment
Notes From The Author