I remember them all, you do not remember.

I was only nine or ten when I picked up Replay for the first time. In the decades since, I’ve read it over and over again in the hopes of becoming a better writer. It has taught me how to be direct with my language, how to be honest with the motivations and desires of my characters, and most importantly, it showed me (and continues to show me) that stories can be more than just entertainment; they can make your reader feel something.

Prior to reading my first big boy book, I was content to devour anything written by Judy Blume, Louis Sachar, and Bruce Coville. If there was a finer book than My Teacher Fried My Brains, I hadn’t read it. I had always been aware of my parents’ bookshelf, but the titles had always seemed so imposing. Shogun, The Satanic Verses, IT. Okay, IT is not that imposing, but still. These books were dense and full of big words I didn’t understand.

Replay, though, seemed instantly accessible. I turned to the first page and there it was.

It might have been the best and worst of times, and the clocks might have been striking thirteen, but I consider Replay’s opening line to be one of the best in literature. There is so much contained in this one little sentence, and it is as tragic as it is mundane. We join the story just as the main character dies. At ten years old, I had yet to read a book where anyone dies, let alone at the very beginning of the story.

Replay is the story of a middle-aged guy who dies and wakes up as his 18 year old self with all of his knowledge still intact. He has to relive his life knowing what will happen, not just to himself, but to the world. He tries to avoid the bad moments and recapture the good, but as he finds out, the future isn’t set. Just by having knowledge of it, of thinking he knows how it will go, he changes his replay in ways he couldn’t have imagined. He lives another life, only to die again of another heart attack.

Whenever I tell someone about Replay, I usually just parrot the synopsis and hope they find it interesting enough to purchase the book. However, to really tell you why this book is my favorite, we have to go beyond the sex, drugs, love, and loss of Jeff’s various replays. You see, on a superficial level, a man counting cards in Vegas or betting on the Preakness is just as entertaining as Peter trying to mail his little brother. There are a lot of books, and a lot of sci-fi, that are just pure entertainment. Just really cool things that happen to really cool people. And explosions.

Replay is different. I didn’t realize it until the very end of chapter seven. For the first third of the book, I was pretty entertained. Jeff gets into some crazy stuff (crazier if you’re a ten year old boy with no reckoning of the adult world), but it wasn’t until this moment that I realized something incredible: I was having an emotional response to a story. It was like a moment of sudden self-awareness. I saw beyond the narrator to Ken Grimwood sitting at his typewriter. I saw him crafting the story, moving pieces here and there, trying to elicit an emotional reaction.

After that moment, everything changed.

I tell people I like to write love stories disguised as Science Fiction, and I owe that all to Replay. Though time travel is a common SF element, the emotional journey Jeff takes throughout his many lives seems to be unique. (I wouldn’t see it again until decades later in The Time Traveler’s Wife.) It’s all well and good to have virtual reality and robots and endotech, but there has to be an element that reaches out to the reader and squeezes their heart in their chest.

Transferring emotional content from the writer to the reader (or trying to, anyway) has shaped the content of my novels and will continue to forever. Xronixle would not be the same if X didn’t have a misguided love for C. Veneer would have been all visuals if not for the misunderstood relationships between Deron and Rosalia, and Rosalia and Ilya. In Perion Synthetics, I wanted to focus on the relationships between humans and synthetics more than the novelty of anatomically correct sex robots.

Replay was the first book to show me that emotional transfer was possible through storytelling.

The possibilities, Jeff knew, were endless.

There is so much to learn from this book beyond what writing is about. So much of my personal style is derived from Grimwood’s that I often read this book, or just chapters, before I start writing something new, or when I’m stuck. If I can’t start a chapter, I’ll load up my Kindle and read a few from Replay, just so I can remember that yes, writing is easy, so long as you are direct and honest.

Here are some other things I’ve learned from Replay:

All of this said, Replay is not just a book to inspire readers to be writers. It is entertaining and thoughtful, exciting and poignant. I tell everyone who hasn’t read it that they must read it now, which reminds me:

If you have not read this book, you must read it now.

Order the book from Amazon.

If you’ve read the book, what was your favorite part?

Mornings in the store were quiet, with only one or two locals dropping by to fill up deisel drums for their ancient combines and tractors. Mid-day, Nelson rotated the stock in the coolers, tossing out the milk that had gone more than three weeks past its expiration date. He spent time cleaning the spotless floor, wiping down the untouched glass doors, and rearranging the undisturbed bags of chips... 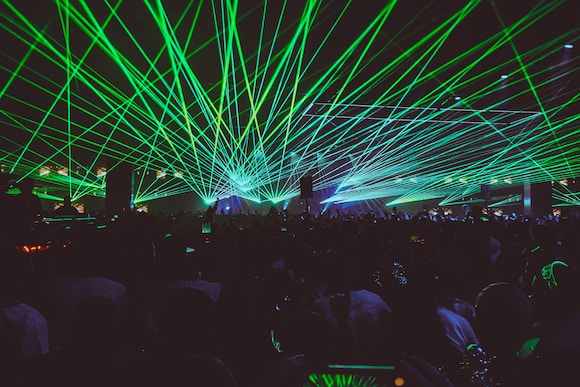 The synth didn’t hit until later that night. Curtis became aware of it in stages as foreign threads in his biochip popped off, executed some quantum change to his mood, and then expired. Over and over, like pop rocks sizzling at the back of his throat. Only this time, the sensation was far more intense than a little tickle behind his nostrils; the synth code ran on his biochip, and the biochip...

With the exception of the opening scene, Doctor Sleep is not quite the scare fest I was expecting. As the author notes in his afterword, a different King wrote The Shining, and a different you is reading Doctor Sleep. Maybe that was why none of it seemed very terrifying. In fact, it read more like a thriller than anything else, a classic will the hero figure it out in time type of book. That...

So I’m currently reading Odd Thomas by Dean Koontz. I watched the movie a few weeks ago and really enjoyed the universe Koontz created, so naturally I wanted to read the book and get all those extra details that are typically left out of movies. And though I’ve enjoyed reading, it doesn’t really feel like there is more story here. I have a guess about why that is.